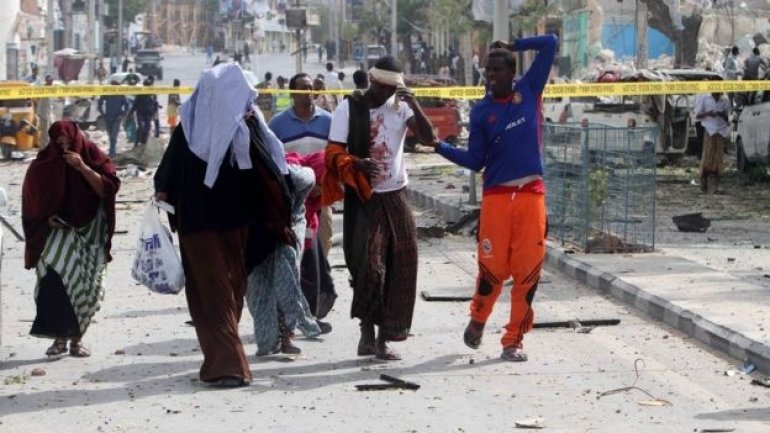 Ten people have died and more than 50 were wounded in a car bomb and gun attack at a hotel in the Somali capital Mogadishu, a senior minister has said.

The attack took place at the Dayah hotel, where some members of parliament were thought to be staying, police said on Wednesday.

The Islamist militant group al-Shabab has said it carried out the attack.

Eyewitnesses said the attackers had used a vehicle laden with explosives to blast their way into the hotel and once inside they started shooting.

Shortly after the first blast, another vehicle exploded, killing and wounding more people who had gathered in the area.

The hotel is located less than a mile from Somalia's presidential palace and is popular with dignitaries.

The attack comes at a time when the country is preparing for indirect elections where MPs are set to choose a president.

The moment a suicide bomb exploded in Mogadishu.

At least 15 people were killed and dozens were injured. pic.twitter.com/gzzk2usEEQ