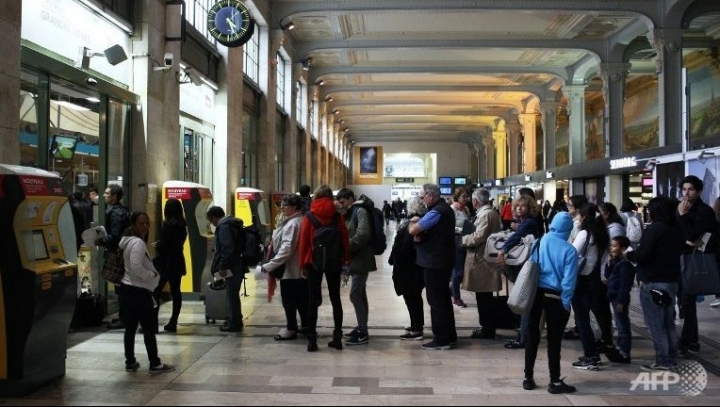 About half of French rail services have been halted as workers resist President Francois Hollande's controversial labor reforms. His government accuses unions of upsetting next week's Euro 2016 football start.

French SNCF rail said 40 percent of its high-speed trains and more than half of regional trains were canceled Wednesday because of the stoppages called by three rail worker trade unions.

Commuter trains serving Paris' Charles de Gaulle airport were also impacted.
International rail services to Britain and Germany were not due to be affected, but the majority of trains to Spain and Italy were likely to be canceled.

The disturbances begin within 10 days of the start of the Euro 2016 football tournament.