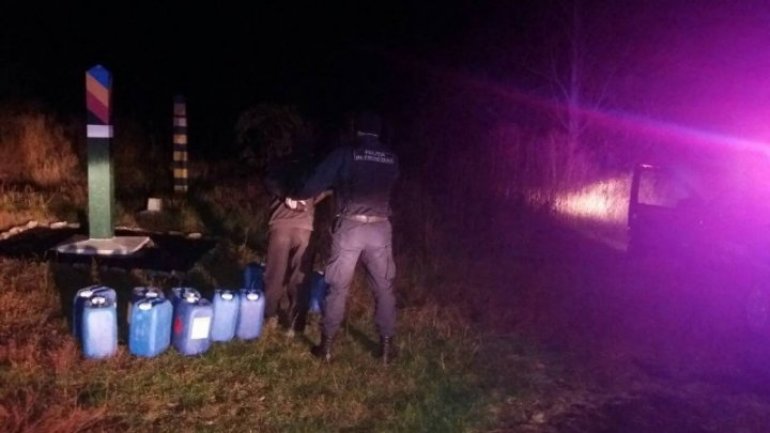 Border Police officers carried out a series of measures aimed at combating illicit trafficking in alcoholic beverages in the northern border area two days ago.

As a result, 200 liters of colorless liquor, with a specific odor of alcohol, which could have reached illegally on the territory of Ukraine, were seized by the Criva Border Police Sector.

A 46-year-old Moldovan citizen originating from Bulboaca village, Briceni district carried 10 bottles of 20 liters each, full of liquid with specific odor of alcohol.

At the Moldovan hearing, it was determined that he intended to send to an unknown person from Ukraine.

Alcohol containers were lifted and shipped to the Criva SPF headquarters until research was completed and legal measures were imposed.

The case is further examined in order to establish all the circumstances and identify other persons involved.