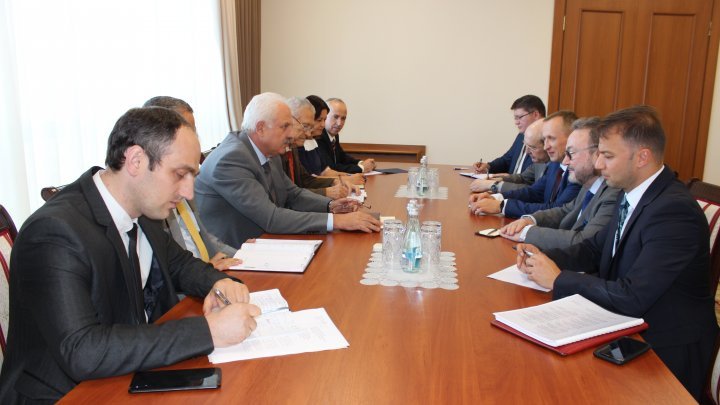 The meeting took place on September 16, announced the Government in a press release. The officials' dialogue focused on the latest developments in the negotiations on the Transdniestrian settlement, the dynamics of the interaction on the platform of the political representatives and the sectoral working groups, the level of implementation of the agreements in the so-called Berlin plus package, exchanges of views and ideas on the possible ways to boost the process of identifying and implementing viable solutions to current issues on the negotiation agenda.

The Deputy PM highlighted Chisinau's priorities in the negotiation process, Moldovan Government's vision on current issues' range and emphasized that next year, the main efforts will be oriented towards resuming discussions within the framework of the '5 + 2' negotiation format on the institutional and political aspects in order to establish the regulatory process perspectives, with the determination of a special legal status model for the Transdniestrian region, based on respecting Moldova's sovereignty and territorial integrit within the boundaries, recognized by the international community.
AFLĂ imediat Știrile Publika.MD. Intră pe Telegram