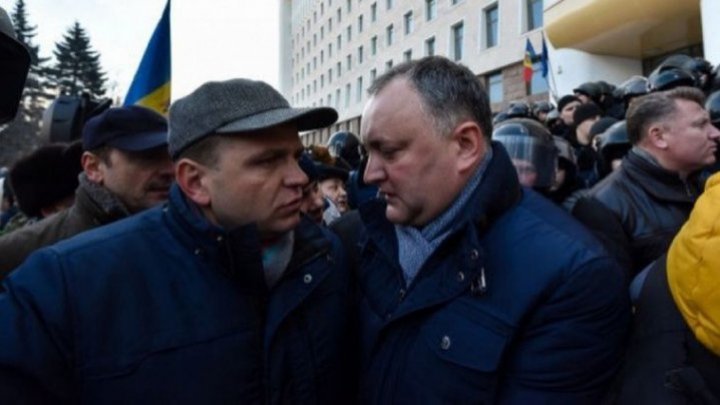 The USB President Valeriu Munteanu charges the Interior Minister for not wanting to fine his alliance colleagues Igor Dodon, Zinaida Greceanii and Irina Vlah for defying a Governmental decision.

'We all remember that Moldovan Government has approved on August 21 H. G. No. 406 'Regarding the commemoration day of the totalitarian and authoritarian regime victims', this way, according to this opposable for everybody document, all the public authorities were obliged to haul down the flags on August 23. In a defying sign, (at least) the Presidency, parliament and UTAG Bashkan's Administration did not haul their flags, violating the art. 322 of the Contravention Code', wrote Munteanu on Facebook.

After this case, USB noticed the police, which noticed the prosecution. According to a document published by Munteanu, the Prosecution General's Office returned IGP's request, indicating that police must fine those violating the law.

'Police's avoidance under Andrei Nastase's rule which means unequivocally appliance of the law regarding his alliance colleagues is showing the fact that those from ACUM Block are saying a thing on TV and are doing another thing in real life. They violate the Rule of Law', Valeriu Munteanu commented.