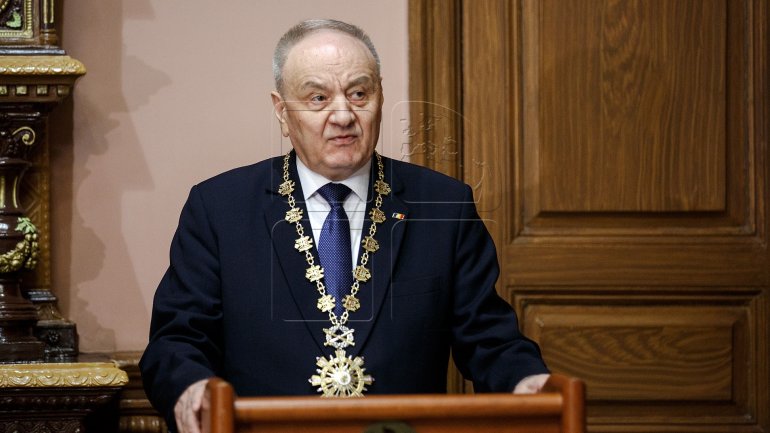 The President Nicolae Timofti, on November 11th, has offered medals and orders to 43 famous personalities in the country.

These include scientists, journalists, teachers, doctors, writers, judges and employees of the State Protection and Guard Service. The awards were given in appreciation of their special merits to the state, for their work and professionalism.

Among the personalities, the President decorated Vugar Novruzov, the chairman of the Azerbaijani Congress of Moldova, who received the Order of the Republic.

The writer Iurie Colesnic, who has recently released a new edition of the book "Our unknown Chisinau" was awarded the Order of Honor.

Platon Carolina was decorated with the "Allegiance" Order for hard work in education. She laid the foundation of the Faculty of Psychology of the State University of Moldova.

By law, holders of awards benefit from extra pension. Order of the Republic for offering extra 500 lei and lei for one hundred other orders and medals for each 50 lei.

During the ceremony, the President has sent a message to the citizens on the eve of elections. The Head of State urged them to go to the polls on Sunday, November 13th, and give their vote for the European future of the country.

The Head of State said he had not enjoyed the benefit of the two candidates in the debate because they have not focused on their electoral programs.
AFLĂ imediat Știrile Publika.MD. Intră pe Telegram