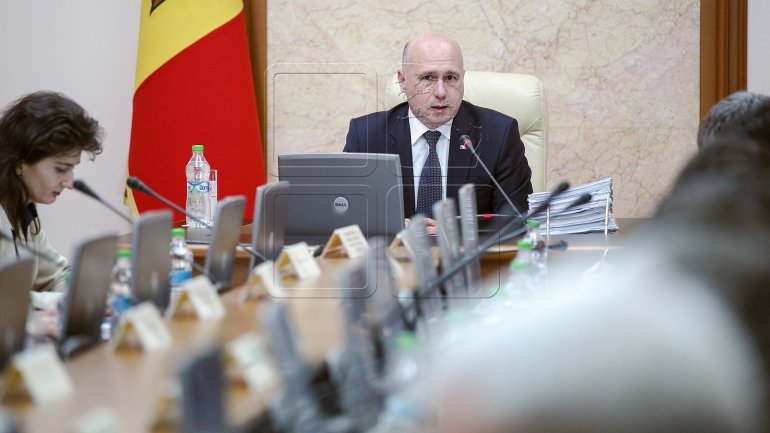 Moreover, the Prime Minister recalled that yesterday, January 24th, the Constitutional Court made clear that "the president can not block the government's work"

"The Constitutional Court has clarified a situation related to the relationship between the President and the Government. I think it is clear to all that the president can not block the Government and institutional activity is very important to not suffer.

I heard several statements made by President Dodon and I think many expected a reaction from me. I urge you to not be drawn into this game of political statements. These declarations have no practical effect rather than just political declarations remain in the end. I think these statements are intended only for answers. Having a reaction means consuming energy to come up with explanations. Above all, these statements only agitate both society and development partners. Every time external partners are contacted and must come with explanations and clarifications.

We have a very ambitious reform agenda. I was in a situation in 2016 to manage a crisis and to stabilize the situation. Towards the end of the year, we managed to start the pension reform. Since the beginning of this year I have already had meetings and shortly we will approve several concepts related to hospital reform, the reform of the degree of disability grant and the reform related to the public health service.

This week we will start the meeting on primary care reform. Last year at the beginning of the year I was in a position to intervene with reforms to the business environment, this year we start with that other signals related to social reforms directly.

If we intervene with political statements just to clarify things for our development partners for Moldovan citizens. The government has its work plan. The mainstay of government activity is the implementation of the Association Agreement with the European Union. Waiting for their turn very important reforms" , said Prime Minister Pavel Filip at the Government meeting.