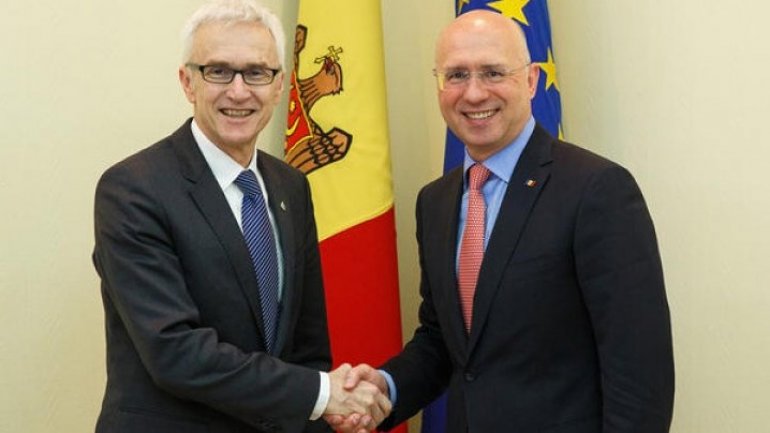 Prime Minister Pavel Filip met with Interpol Secretary General Jurgen Stock (IURGĂN ŞTOC). He arrived in Chisinau at the invitation of Interior Minister, Alexandru Jizdan, on the occasion of the national police day.

On the agenda of the meeting with Prime Minister Pavel Filip there was the institutional collaboration on cross-border crimes. The two also discussed improving the capacity of the national police to identify, investigate and combat the security threats facing our country and the whole region.

Jurgen Stock had a series of meetings with Parliament Speaker Andrian Candu, Interior Minister Alexandru Jizdan and officials from the Moldovan police. The officials praised our country for its contribution through Interpol and for frequent consultation of the organization's database.

Since 2004, national police have been operationally connected to Interpol's global network for the mutual exchange of information