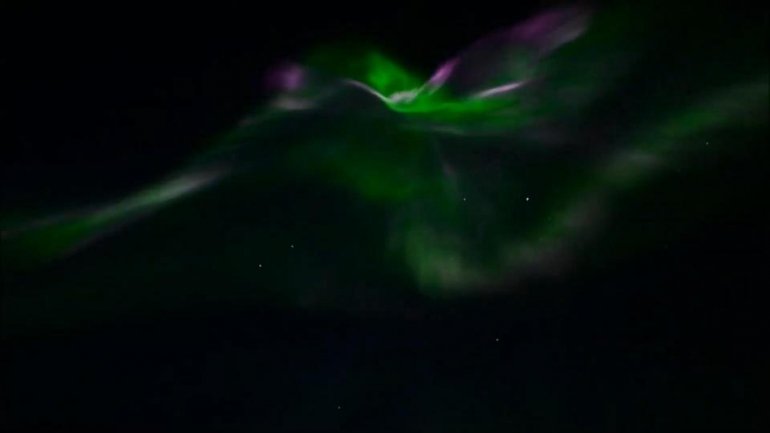 STUNNING footage has emerged of a Northern Lights display above the skies of Canada, thesun.co.uk informs.

During the video, captured by tour guide David Yau, spectators can be heard gasping in amazement as bands of green and purple light swirl above them.

Yau told CBC News: “That night I felt like the light was coming all the way, coming down to me. [It was] totally different from other nights.

“It felt like a dragon was coming down to my face.”

An aurora borealis occurs when gas particles emitted by the sun during solar storms enter the Earth’s atmosphere at the north or south pole.

This produces beautiful coloured light displays as they interact with gases in the atmosphere.