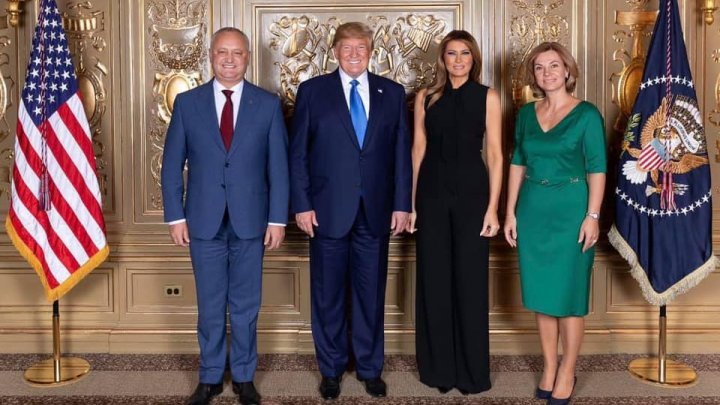 The two officials discussed the agenda of bilateral relations between the two states. 'We stressed the strategic nature of our cooperation, noting that Romania is the largest trading partner of the Republic of Moldova', Dodon wrote on his Facebook page.

At the same time, the head of state thanked Iohannis for supporting the Republic of Moldova in areas of major interest and for carrying out several important programs and projects, including in the economic, social, energy field. During his visit to the US, Dodon also met with the President of the Republic of Turkey, Recep Tayyip Erdoğan.

'We reviewed the bilateral relations and found with satisfaction the achievement of the Strategic Partnership Agreement, signed in October 2018, during the official visit of Mr. Erdoğan to the Republic of Moldova', writes Dodon.

At the same time, officials discussed issues regarding Igor Dodon's visit to the Republic of Turkey. At the 74th UN General Assembly, the head of state was photographed with US President Donald Trump.