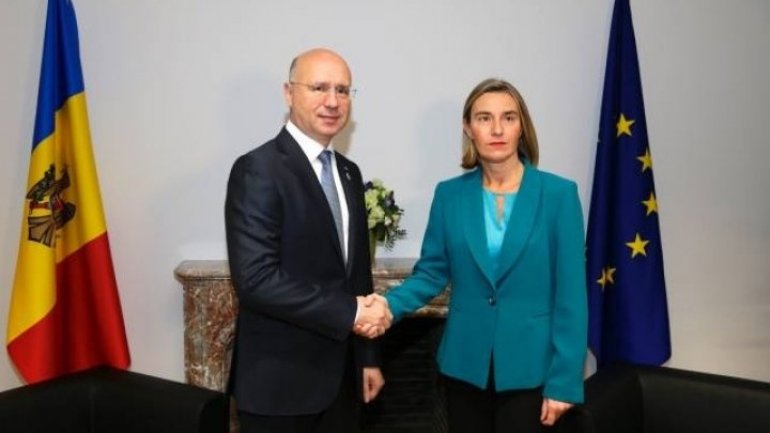 The talks between the officials focused on internal developments in Moldova, including the main achievements in implementing the Association Agreement, as well as the Association Agenda for 2017-2019. In this context, the parties welcomed the decisions to grant macro-financial assistance and our country's budget support.

The subject of reintegration of the Republic of Moldova was also addressed. Pavel Filip refers to the progress in settling the Transnistrian conflict, noting that the interests of the population and economic agents in the region are essential for the Executive.

In this context, Federica Mogherini says that the EU fully supports the positive processes taking place on the Transnistrian settlement dimension and appears optimistic about the 5 + 2 meeting in Vienna scheduled for next week.

In addition, the High Representative of the Union for Foreign Affairs and Security Policy, assured the Republic of Moldova all the support in the country modernization.

"Our primary objective is to help the Republic of Moldova cross the complicated period to consolidate the results of reforms, especially in the field of justice, corruption and the audiovisual sector," said the European official.