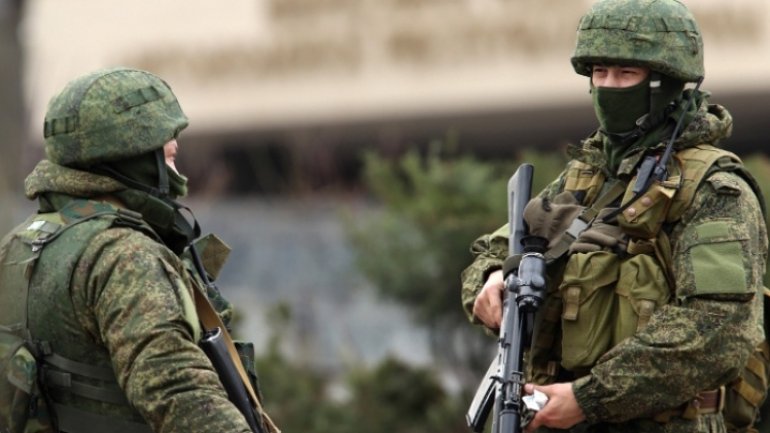 Moldova has asked the United Nations to raise the issue of Russian military troops in Moldova territory in next General Assembly session.

A letter on this request was sent by Moldovan permanent representative at the UN, Victor Moraru.

According to the Deputy Director of the Institute of Legal and Political Research of the Moldova Academy of Science, Victor Juc, this letter is supposed an appropriate approach from Moldova due to two judgments.

"First, in parliamentary declaration of July 21, we stated the opportunity for the immediate release of the armed forces of the Russian Federation. This document was once more declared by government on July 30".

"Second, this is the opportunity to get benefit from UN mechanisms. The UN is an important mechanism for peace and security, while the situation in breakaway region is intense at the moment".

"It's likely that the letter will be headline in the next General Assembly, 51 per cent of certainty that a statement will be adopted", said Victor Juc.

Media analyst Cristian Tabara mentions that it is natural that the UN will seek an important resolution of the UN General Assembly to the withdrawal of the Russian troops. They, then, will refer to the status of the peacekeeping mission from military to civilian international mandate.

"As far as the Republic of Moldova is concerned, it is an absolutely justified request. The retrieval of these troops has continued and these soldiers remained under this group of Russian troops, under the pretext of keeping the Cobasna deposit, continue to violate the sovereignty of Moldova, the bilateral commitments, the 1999 Istanbul resolution of the OSCE, "concluded Cristian Tabără.

PUBLIKA.MD mentions that the letter sent by Victor Moraru to the UN mentioned that the presence of Russian soldiers in Moldova territory represents a danger to security and peace at international level.

The diplomat also attached a passage from the statement of the Organization for Security and Co-operation in Europe, adopted in 1999, which welcomed Russia's commitment to remove Russian troops from Moldovan territory by the end of 2002.

Moraru noted that Chisinau have intensively worked since then to resolve the issue but nothing yet becomes fruitful.