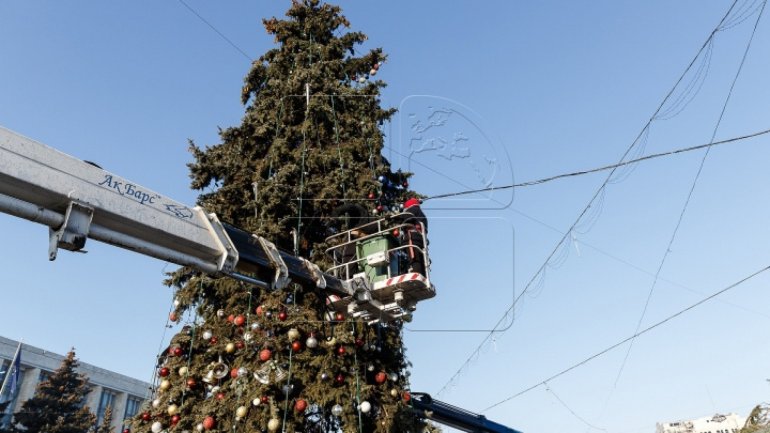 The Christmas season will officially being in the Capital on December 1. Local authorities have announced that on that day at 15:30 the Capital will be lit in light, while at 18:00 the Christmas tree will be unveiled in the heart of the Capital. At New Year's eve, people will enjoy a concert on 31 August St. organized by the Government and another one Great National Assembly Square, sponsored by City Hall.

"The events on 31 August St. will end at 20:00 and from there people will move on to the Great National Assembly Square. The who program is made within the lines of our financial possibilities and using the support of local communities and entertainers" main expert from Culture Directorate of Chisinau,  Stela Mitriuc declared.

Local authorities announced that the Great National Assembly Square will host multiple events. Along with the celebration of New Year, on December 25 there will be an artistic program, for Christmas. At the same time, starting December 26 and lasting to January 14, there will be multiple children shows featuring masked heroes, actions and concerts. This year, the City Hall has allocated 200 million lei to paint the city in winter holiday colors.