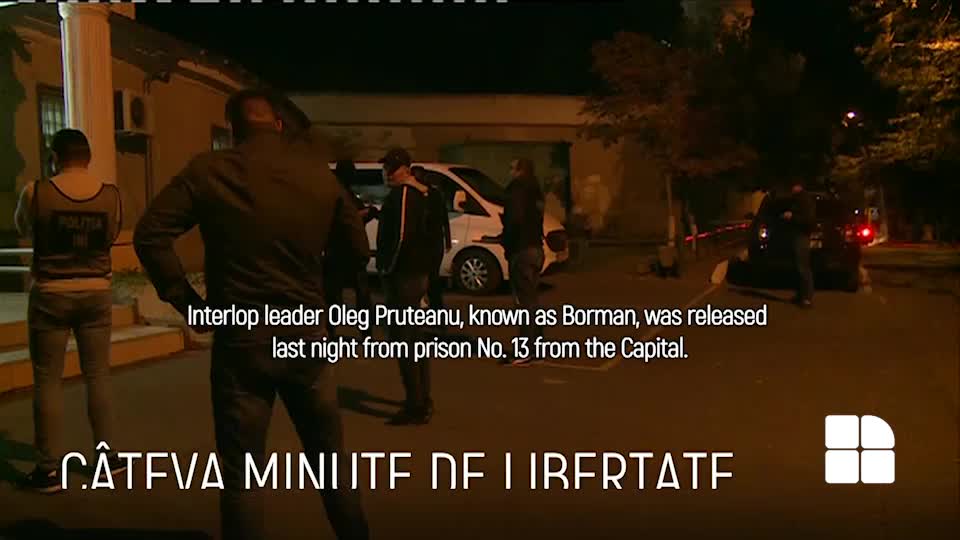 Interlop leader Oleg Pruteanu, known as Borman, was released last night from prison No. 13 from the Capital.

According to the lawyer, the magistrates rejected the request for an extension of the preventive arrest. The interloper claims that prosecutors would have forced him to make false statements against Vlad Plahotniuc in exchange for his release.

It was past 20:00, when Oleg Pruteanu came out with a smile on his lips from penitentiary No. 13. He hugged his expectant mother.

But the moments of freedom lasted only a few minutes. The employees of the National Investigation Inspectorate, who were waiting for him at the prison door, informed him of the detention order issued by the prosecutors in another file and put handcuffs on his hands.

'- I stayed two years in detention. Why didn't you have time in these two years?

- Why didn't you make all these accusations?

Eugen Batir, INI officer: We cannot give you any details on this criminal case

- For what reason is the secret of the investigation'.

Oleg Pruteanu said that he expected such a situation, because in the penitentiary he would be forced to give false testimonies against some people, if he wants to be released. But he refused.

- Other people. I was threatened that I would be liquidated. My wife and family will be arrested if I give names now', Pruteanu said.

Borman's lawyer, who was present at the scene, told us that he was forced to give false testimony against former PDM leader Vlad Plahotniuc.

Ala Raevschi: '- He already has to speak against Plaha.

- Against whom, did I not understand?

- Do you want to tell me clearly?

Oleg Pruteanu was forced into the police car and escorted to the Prosecutor's Office for Combating Organized Crime and Special Cases.

Ala Raevschi: It's nice to take it by force. Take a look at what he does, how I dress and beat him. Beat him under the ribs to say now against Plahotniuc. "

Oleg Pruteanu was heard until near midnight, then taken to the police station. In October 2017, Borman and three members of his group were handcuffed. According to PCCOCS prosecutors, he would have been involved in transporting hashish from Europe to Russia. It would have illegally imported over 650 kg of drugs and made a profit of over one million euros. Oleg Pruteanu, originally from Telenesti district, was previously convicted of banditry.