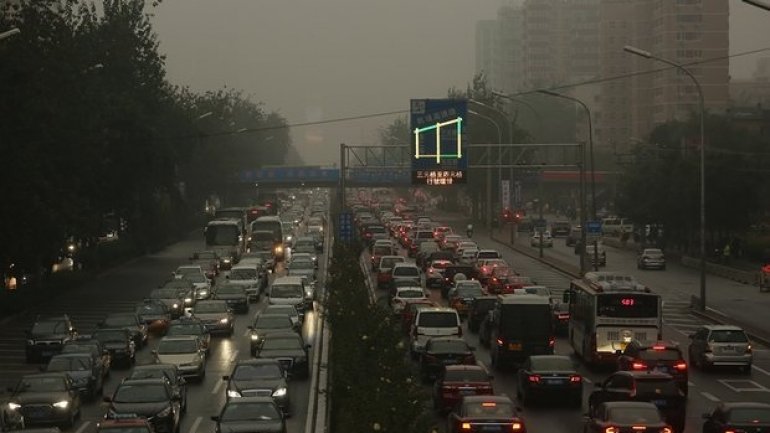 Next year, Beijing will ban highly polluting old cars from being driven whenever air-quality alerts are issued in the city or neighbouring regions, according to its environmental protection bureau, according to The Guardian.

China has adopted various measures over the years to reduce the smog shrouding many of the country’s northern cities in winter, causing hazardous traffic conditions and disrupting daily life.

From 15 February, vehicles that don’t meet the government’s current standard on emissions (those more than 10 years old) will be banned in Beijing’s main urban area whenever orange or red alerts are issued in Beijing or neighbouring Hebei province and Tianjin city.

Vehicles breaking the restrictions will be fined £11.75 every four hours they are on the road, the bureau added.

Cars at the National 1 or National 2 emissions standards, which the rules are aimed at, only account for 8% of the cars in the city, but they account for more than 30% of smog causing nitrogen oxide emissions, the bureau said.

The adjustment to regulations also said that schools would only be closed selectively during alerts, rather than the blanket approach that was used originally when Beijing issued its first ever red alert in December last year.

The government has been tweaking the new system since its introduction. It has worked to unify it across the Beijing, Tianjin and Hebei provinces. In February the minimum threshold for issuing alerts was raised.

Beijing officials are also taking measures to reduce the emissions of vehicles driven in the city. Measures include using licence-plate restrictions to limit the overall number of cars and providing subsidies to electric vehicle buyers to promote fuel-replacement vehicles.