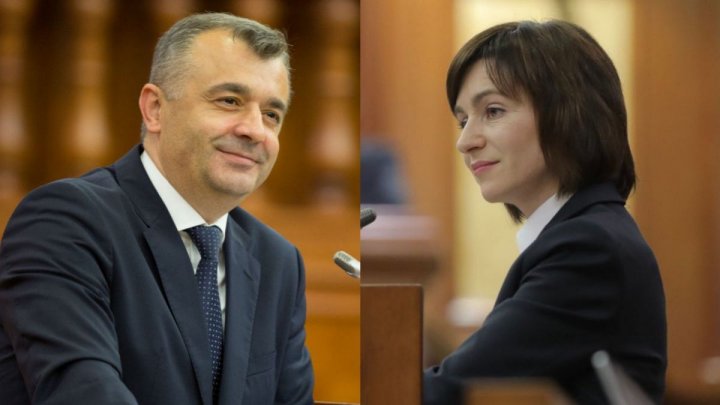 The leader of the Action and Solidarity Party, Maia Sandu, sued Prime Minister Ion Chicu after he declared that Sandu would have postponed the debt of 118 million lei, which the company "Avia Invest" owed the state budget when she was the prime minister in July 2019. The hearing will take place on October 22.

This was announced by PAS MP Sergiu Litvinenco on his Facebook page. Accordingly, Maia Sandu's lawsuit against Ion Chicu refers to the defense of honor, dignity and professional reputation.

Litvinenco says that in May, Prime Minister Ion Chicu wrote on his Facebook page that Maia Sandu would have offered, in July 2019, respite for the payment of the mentioned amount that the company "Avia Invest" owed to the state and, according to Ion Chicu, because of this the Chisinau Airport was not returned to the state.

The deputy specifies that this information, which he describes as false, Ion Chicu repeated during the meeting of the Parliament on Monday, during the presentation of the Government's report, when the motion of censure was examined. Then Chicu was booed by opposition deputies.

ION CHICU, Prime Minister: "I recall that on July 5, 2020, the Civil Aviation Authority, a governmental structure, subordinated to Minister Brânzan, and the then Prime Minister, showed unprecedented altruism. Rescheduled 100 million debt to the state."

Sergiu Litvinenco states that, in fact, things are different. According to him, neither the members of the then Government, nor Maia Sandu as Prime Minister, gave any agreement or acceptance, written or verbal, for the conclusion and signing of this transaction. He states that, in fact, it would be the former director of the Civil Aviation Authority, who was later dismissed at the initiative of the Sandu Government.

We requested, through the Government's press service, an official reaction from Prime Minister Ion Chicu regarding these statements, but so far we have not received an answer.