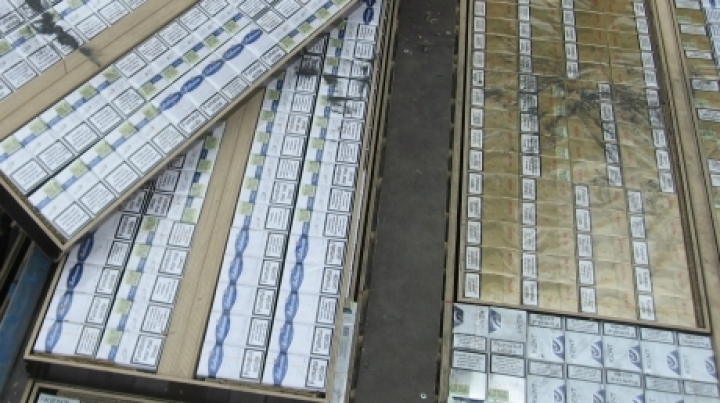 A Moldovan being investigated for smuggling tobacco products in large proportions. The cigarettes were for sale on the black market of the European Union, and a profit of about 22,000 euro was expected.

Withholding held out of the country through the Sculeni customs post. Acting on the risk basis, customs inspectors have undergone a detailed inspection a truck, which, according to the documents accompanying transport non-alloy steel bars and rods.

Following checks, customs officials found a total of 144 960 cigarettes of various brands with excise stamps of the Republic of Moldova. Tobacco products were concealed in the double floor of the semitrailer.

Cigarettes were detained for confiscation, and the person risks imprisonment of 3 to 10 years.

Two other attempts at crossing the customs border with undeclared goods were prevented by Tudor customs officers, who discovered several batches of goods, concealed from customs control.

The first case registered yesterday, at the entry of the country, 20 undeclared mobile phones were found. Under the procedure, the goods were confiscated and the offender, a 48-year-old Moldovan citizen, has to pay a fine of 3,000 lei.

In the second case, customs officers have charged additional payment for 1,320 bottles of sparkling wine, which were not included in the declaration. The violation was revealed in the measurement certificate, a weight of 2818 kg was detected.

Research on this case are pursued by specialized subdivisions of Customs Service to solve all circumstances.