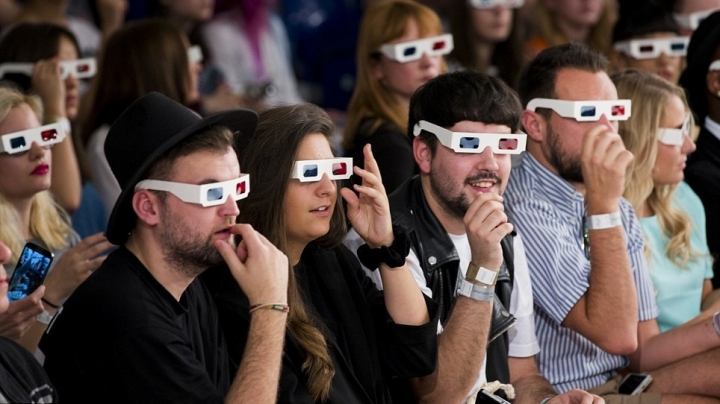 The Massachusetts Institute of Technology is developing a movie screen that could someday project large-scale 3D images that viewers could watch with just the naked eye.

Professors from MIT's Computer Science and Artificial Intelligence Lab in Cambridge, Massachusetts, in conjunction with the Weizmann Institute of Science in Rehovot, Israel, have dubbed the new technology Cinema 3D. They say that Cinema 3D projects images through multiple lenses and mirrors, allowing viewers to watch a 3D movie from anywhere in the theater without having to use glasses.

"This is the first technical approach that allows for glasses-free 3D on a large scale," said MIT professor Wojciech Matusik, in a statement.

According to a video released by the MIT lab, Cinema 3D "delivers a narrow range of angular images to each individual seat" in the movie theater. It does this by using "an array of mirrors and lenses to make the 3D effect viewable from many angles."

In its current prototype form, Cinema 3D can project to a screen about the size of a sheet of paper.
MIT would not say when, or even if, the prototype would be ready for theaters.

"There is no specific time at this point," said MIT lab spokesman Adam Conner-Simons. "It isn't yet even known whether such a system would necessarily be fiscally feasible."

3D movie goers have been wearing glasses ever since the first 3D movie, "Bwana Devil," premiered in 1952. And they're still going to have to wear them for a while, because Cinema 3D isn't large scale yet, and it's certainly not market-ready, CNN reports.